Pink calls for ban on ‘homophobia, racism, sexism – all the isms’

Pink wants an end for inequality, but as a lifelong protester, says she knows that fight is nothing new.
Pink returned to the pop world in August with her single, What About Us, which she says was inspired in part by the state of current world politics.
She released her sixth album, The Truth About Love in 2012, when Barack Obama was the US president.
Her seventh, Beautiful Trauma, is released in October among political unrest in America and across the world.
They’re never going to win because we’re not going anywhere
Pink
But as an artist who has recorded anthems for underdogs throughout her career with hits such as Don’t Let Me Get Me, Raise Your Glass and So What, she says she is still fighting “an old fight.”

“I’ve been marching on Washington since I was three years old with my dad,” she tells Newsbeat.

“That line of thought has always been fought. It’s an old fight and they’re never going to win because we’re not going anywhere.

“So you can even have peace and accept it or you can continue to be an idiot.” 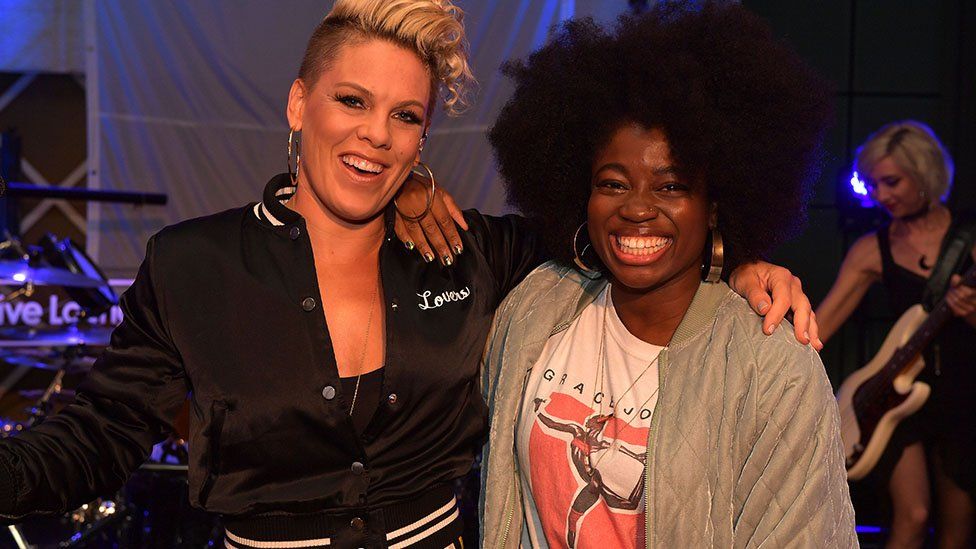 In 2006 Pink took direct aim at the then-president George Bush in her song Dear Mr President, but she plans no such attack on the Donald Trump.

“There are no words for that guy,” she says.

But it’s not just global politics that concerns this superstar.

Why not support the people who are fighting the good fight for you?
Pink

During her 17-year pop career, Pink says one of the worst things she has seen emerge is fierce rivalries between female stars and their devoted fan bases.

In August, she performed and gave an emotional speech at the MTV VMAs where all eyes were on Katy Perry and Taylor Swift.

Katy performed her diss-track Swish Swish while Taylor premiered the video for her revenge track, Look What You Made Me Do, at the ceremony.

But Pink has no time for rivalries and wants to see more support for women in pop.

“Music is a big enough platform where everybody can win at the same time so why not support your fellow females,” she tells Newsbeat.

“Why not support the people who are fighting the good fight for you?” 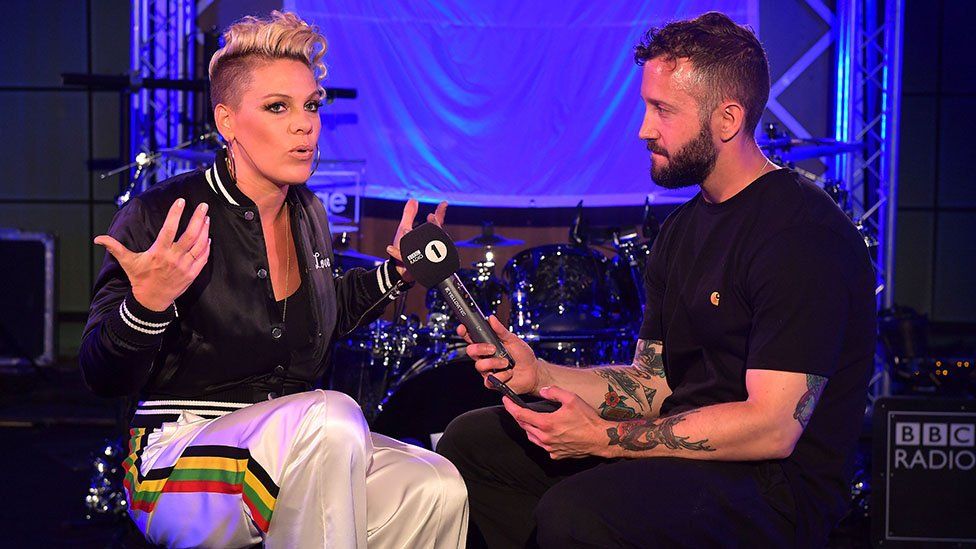 Pink famously clashed with Christina Aguilera when they covered Lady Marmalade in 2001 over who would sing which part, but the 37-year-old mum of two put that rivalry to rest a long time ago.

“I think Christina is incredibly talented, we’ve had our **** but it’s done,” she says.

She also wants to see more support and less rivalry between fans of the artists.

“When I was growing up I listened to all kinds of people, there weren’t these groups of fans that were attacking everyone else’s fan bases.

“Honestly I’m just so tired of the snarkiness.”

Info: P!nk announced in 2019 that she would be releasing her own 3 wines:  Cabernet Sauvignon, Cabernet Franc and Petit Verdot.


Do you have photos, magazine scans, videos, or anything that you’d like us to add to our archive? If so, you are more than welcome to send them our way. If you have…
– Public appearances photos;
– Magazine scans;
– Screencaptures;
– Candids;
– Videos.
You can send them to our e-mail address. We will be very thankful and we will always credit you – make sure you leave a name or a username of any social media and we will leave the credit.

Pink-Forever is an unofficial fansite, made by a fan for other fans of P!nk to enjoy. We're not affiliated with P!nk, her family or her management team. No profits are made through our fansite. No copyright infringement is intended. Pictures and media are copyrighted to their respective owners. If you're the owner of any content on our website and wish to have them removed please email us at contact@pink-forever.ca before taking legal action.
theme by Lannie.D - @ 2019 - Pink-Forever.ca. |